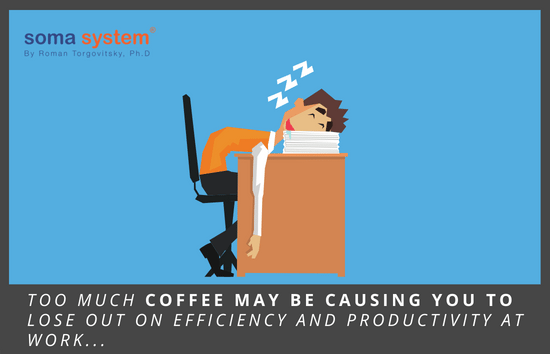 In decades gone by, it became common practice to сondemn binge drinkers and heavy smokers. But it’s not accepted yet to criticize coffee junkies. Modern society perceives coffee consumption as a natural part of a daily routine. However, this is a mistake and I will show you why in this article as l identify the pitfalls of caffeine and disclose the ugly truth of its side effects on our sleep and wellbeing. 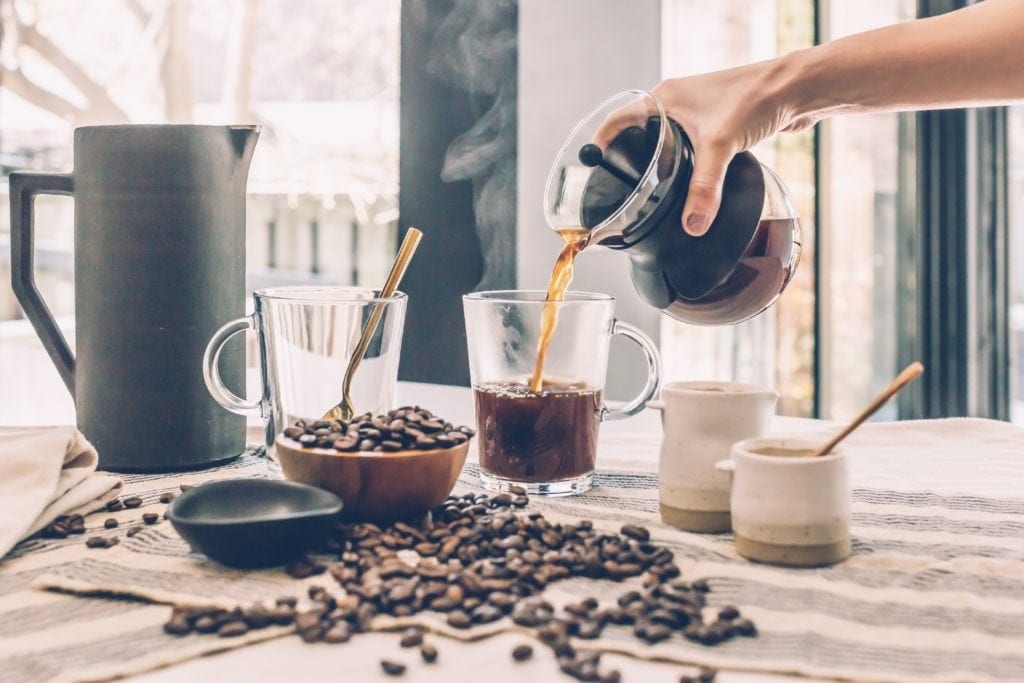 1. Coffee doesn’t give you extra energy

It’s sad but true, caffeine is not a magic pill. Not only does it not give you any extra energy, but it also blocks your innate ability to recognize your body’s needs.

To make it clear, let me tell you a bit about adenosine. During the entire period of wakefulness, neurons in your brain are firing and producing a neurotransmitter by-product called adenosine [1]. Please, do not underestimate it just because it is a waste product so it is extremely important. When the level of adenosine boosts to the critical point, your body starts to nudge you to sleep. Thus, the closer you get to that crucial stage, the more sleepiness and tiredness you experience. And here comes the “magic” of that double latte…

As a result, stress hormone levels increase and your internal organs get overworked because they don’t receive sufficient time to rest and recover [2].

Now you see that consuming a huge amount of caffeine to suppress tiredness doesn’t really differ from taking painkillers or even ecstasy. What you really do is mask your own fatigue (or pain, or psychological stress, or whatever) instead of nipping the problem in the bud! Do you believe this is a surefire way to effectiveness and success? Me neither…

2. It takes days to remove caffeine from your body

The worst, however, is yet to come. Caffeine has a half-life of about 5 to 8 hour (depending upon your unique biochemical makeup). Half-life inherently means that after a specific amount of time (let’s say 8 hours), half of the substance is still active in your body [3].

Now you can see the strong link between a cup of coffee at 3:00 pm with the inability to fall asleep at 11:00 pm. Leads one to ask?

3. The vicious cycle of caffeine and sleep deprivation

By over-drinking coffee in your daily routine, you become trapped in the vicious cycle of caffeine and sleep deprivation. Well, how the heck does this cycle appear?

To understand this trap, imagine Joe who likes to work hard. I mean, he really does. Tired Joe wakes up in the morning, cursing the universe, and zombie-walks his way to the kitchen to press the coffee machine button. Finally, now he is truly awake and ready to work again. One more coffee with co-workers, one more cup after lunch, and maybe just a tiny espresso on the way home. At the end of the day, Joe lays in his bed, tossing and turning, counting sheep, fighting the flow of thoughts, doing anything but sleeping. Morning. Alarm rings, Joe can hardly keep his eyes open, the same old good aroma of roasted beans is flooding the kitchen. “I am probably getting older,” mumbles Joe, sipping the 163,862 portion of his morning coffee…

Yes, the story is dramatic but the gist is – don’t be like naive Joe!    What you really do is mask your own fatigue (or pain, or psychological stress, or whatever) instead of nipping the problem in the bud! Too much caffeine and a lack of sleep often go hand in hand. You can’t survive without caffeine during the day, and you can’t fall asleep at night because you literally had too much of it [4].  Welcome to the vicious cycle! 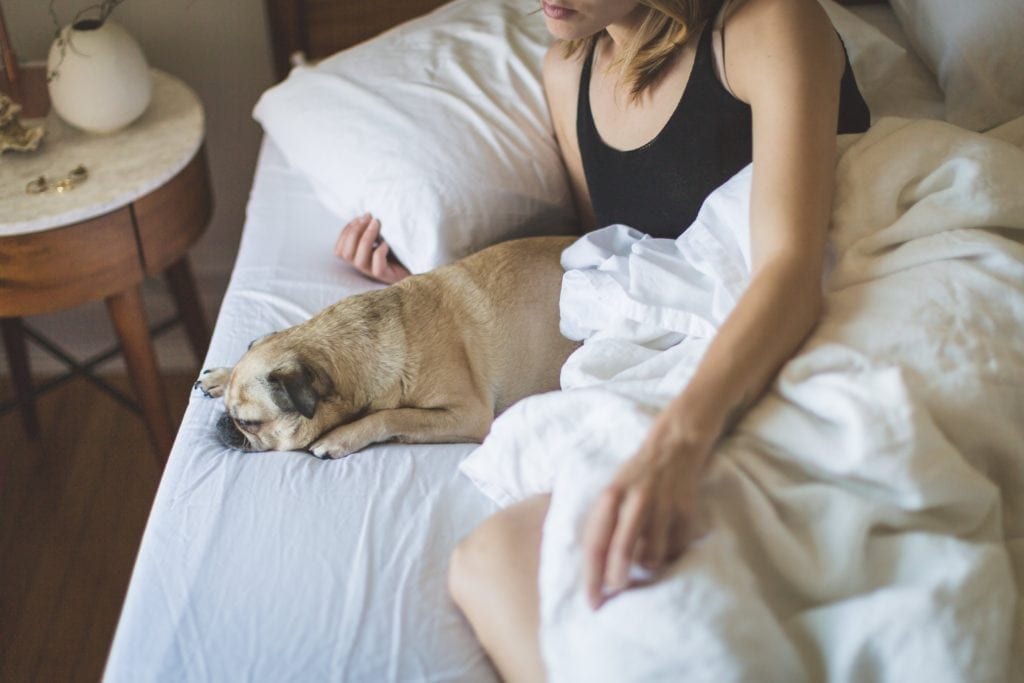 The truth is, caffeine blocks your natural ability to recognize an essential need (sleep) and pushes your adrenal glands to overproduce adrenaline and cortisol [5]. That is, your endocrine system gets out of whack. Let’s take a closer look at it.

Cortisol is a well-known stress hormone which is colloquially blamed for all the world’s calamities. This is another myth I want to debunk. The pineal gland naturally produces cortisol in the morning to make you alert and ready to live with gusto.

However, it’s secretion shuts down in the early evening to allow you to relax and fall asleep. Caffeine pushes your pineal gland to produce cortisol in enormous amounts for no purpose. Hence, your nervous system is hyper-aroused, your circadian rhythm is messed up, and you are not able to relax before bedtime.

Adrenaline is another stress hormone which is vital until oversecreted. Throughout evolution, this hormone helped us to either fight the threat or run away from it on fumes. Adrenalin literally launches your “flight-or-fight” mode when it’s a matter of life or death. But how often do you have to fight off a sinister panther during lunch? And that’s the trick. Caffeine stimulates adrenaline production and your nervous system becomes hyper-aroused for no reason.

And there is yet another downside to adrenaline, known as “adrenaline spike” [6]. With a spike in stress hormone production, there is always an inevitable crash. That is to say, you don’t get back to the baseline you were at before the spike, rather, you go below it. This makes you feel even more irritated, anxious, and tired than before.

P.S.  Buy coffee today and get a ticket to the adrenaline roller coaster for free!

Well, now you know caffeine’s harm, and maybe feel desperate to shed the clutches of your roasted beans romance…. BUT

It feels to me like we aren’t talking about one of the most consumed commodities in the world but rather a dangerous drug… Well, it is what it is. I do not advise you to go cold turkey if you have already trained your body to get a daily caffeine dose. Tricky caffeine affects your blood vessels and causes a phenomena known as vasoconstriction, which is a tightening or narrowing of your blood vessels. When you decide to stop drinking coffee abruptly, your body, if addicted to caffeine, will likely experience a shock from vasodilation, an instant widening of blood vessels. This unpleasant condition is typically recognized by a headache on one side of the head and pain in the neck region.

Coffee: to drink or not to drink? It’s up to you!

Health and freedom have always been a matter of one’s choice!