Sleeping pills: Do not help you sleep [better]. See why…

New pharmaceutical treatments move into clinical medicine quickly, as they are championed and ushered into medicine by drug companies’ marketing departments.

Within the past 20 years, scientists have made substantial progress in deciphering connections and inter-dependencies of various parts of the human body. This research points out that a human being is more than the sum of its parts and shows the need to treat the human body as one interconnected whole. However, there are no marketing departments taking physicians to lunch and offering them nice perks for prescribing non-pharmaceutical treatments.

Clinical physicians still mostly ignore these inter-connected models and try to treat patient symptoms with drugs. The result is a fragmented approach, in which every specialist focuses on one complaint or symptom, missing the forest for the trees. 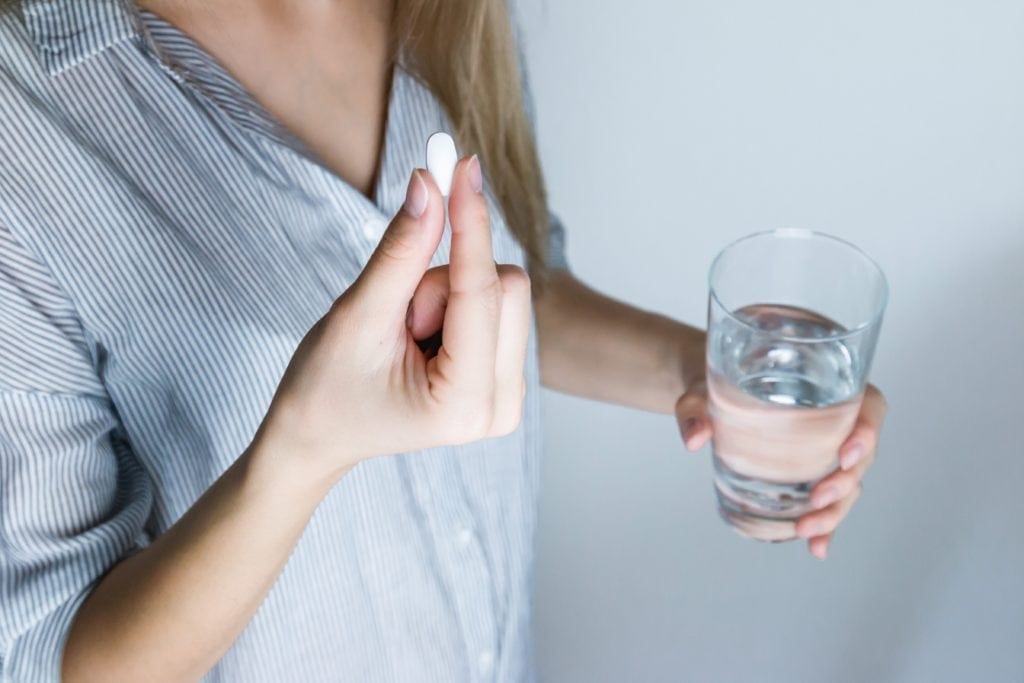 Ironically, most consumers still view pharmaceutical medicine as “scientific,” while “non-pharmaceutical” medicine is often considered pseudo-scientific. I am not, in any way, implying that drugs are useless and have no place in medicine. Not at all. Pharmaceutical companies have created many medicines that benefitted millions of patients.

The reality of modern medicine is that drugs are over-prescribed [1,2].One study demonstrated that over 80% of physicians recognize this [3]. About 400,000 patients die annually and over 5 million patients are hurt in U.S hospitals from preventable medical errors, including over-prescription [4]. Many patients receive unnecessary drug treatments.

Let me illustrate with an example based on a combination of histories from several real clients.

Tom comes in to see his primary care physician, Dr. Gold, complaining of insomnia. Dr. Gold has 15 minutes with Tom. He diagnoses Tom with insomnia and prescribes a sleeping pill. He also suggests some relaxation exercise and yoga.

Tom tries relaxation exercises a couple times and then dumps them since nobody took the time to teach him how to effectively use these exercises. Tom thinks to himself, what’s the point of wasting time on all these exercises when I can swallow a pill and solve the problem?

He takes a sleeping pill. Tom notices that he wakes up groggy and tired, but he thinks he falls asleep faster. 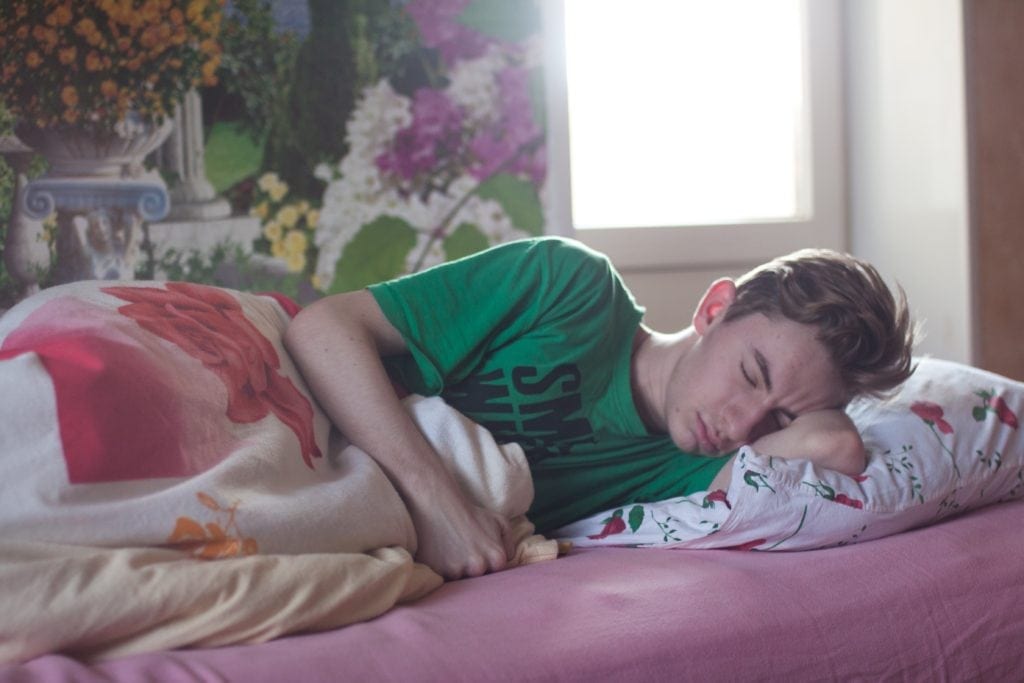 Sleeping pills don’t help you fall asleep. Instead, they sedate you by switching off your cortex (the outermost part of your brain) and putting you into a state of unconsciousness. Natural sleep is dramatically different from being unconscious. Your brain’s electrical activity during drug-induced sleep lacks very important deep brainwaves[5]. During natural sleep, various areas of the brain repeatedly switch on and off.

A committee of scientific experts analyzed 65 studies and concluded that there was no real benefit of sleeping pills over a placebo. The impact of sleeping pills on improving sleep was small, if any, and thus of questionable clinical importance [6]. This article came out in 2012. It has been six years and, still, millions of patients are being prescribed sleeping pills by their physicians.

A couple of days later, Tom notices some side effects: one day he has a headache, another day he feels weak and has low energy.

The symptoms come and go, and Tom gradually starts losing the sense that he can control the way he feels. Life becomes somewhat unmanageable. He feels disempowered. Life starts to lose meaning, and he starts feeling a bit depressed.

Three months later, he goes to a psychiatrist, who puts him on an anti-depressant. Then constipation knocks on his door. Tom heads to a gastroenterologist. And the gastroenterologist prescribes him a laxative.

Did I make up this story? No!

Not only is this a typical scenario, this is also a very personal story.

This is my father’s story. For him, everything started with an anti-depressant and a sleeping pill. A year later, he was on eight medications: statins (for cholesterol), antidepressants, sleeping pills, laxatives, and a slew of other medications. For every single disorder, physicians prescribed him a drug! 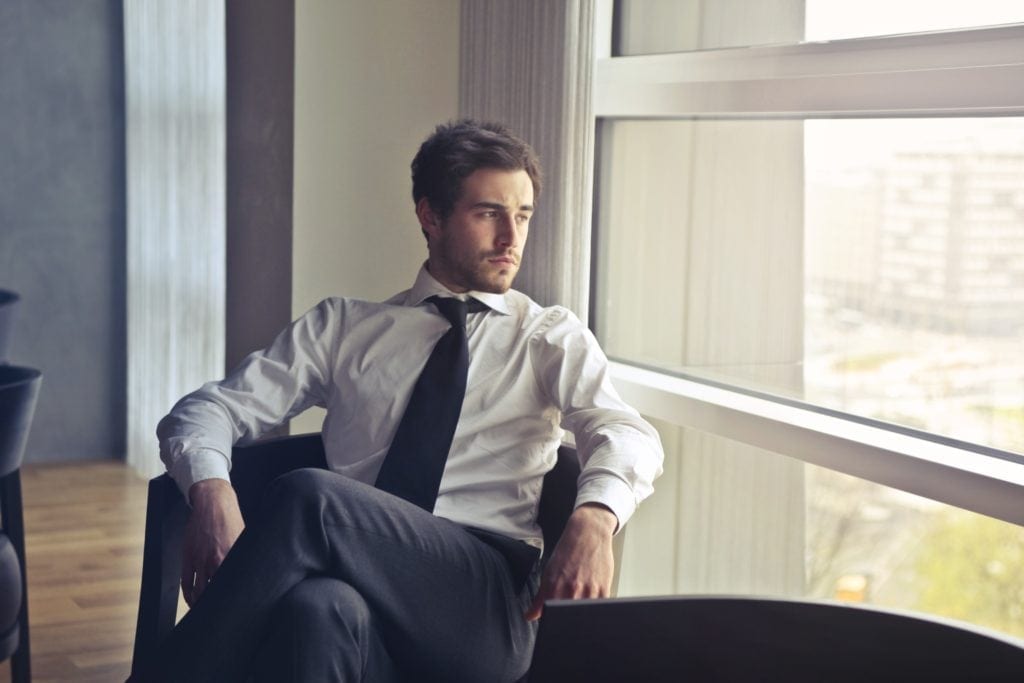 Going back to Tom, let’s dig into his symptoms for a hypothesis of what might have caused his insomnia. Tom came in complaining of insomnia. Two common factors which cause insomnia are circadian system misalignment [7] and nervous system hyperarousal [8].

Circadian system misalignment is caused by a variety of modifiable behavioral factors, such as:

In this article, I focus primarily on hyperarousal. Nervous system hyperarousal is caused and sustained by a variety of factors, some of which are discussed below. 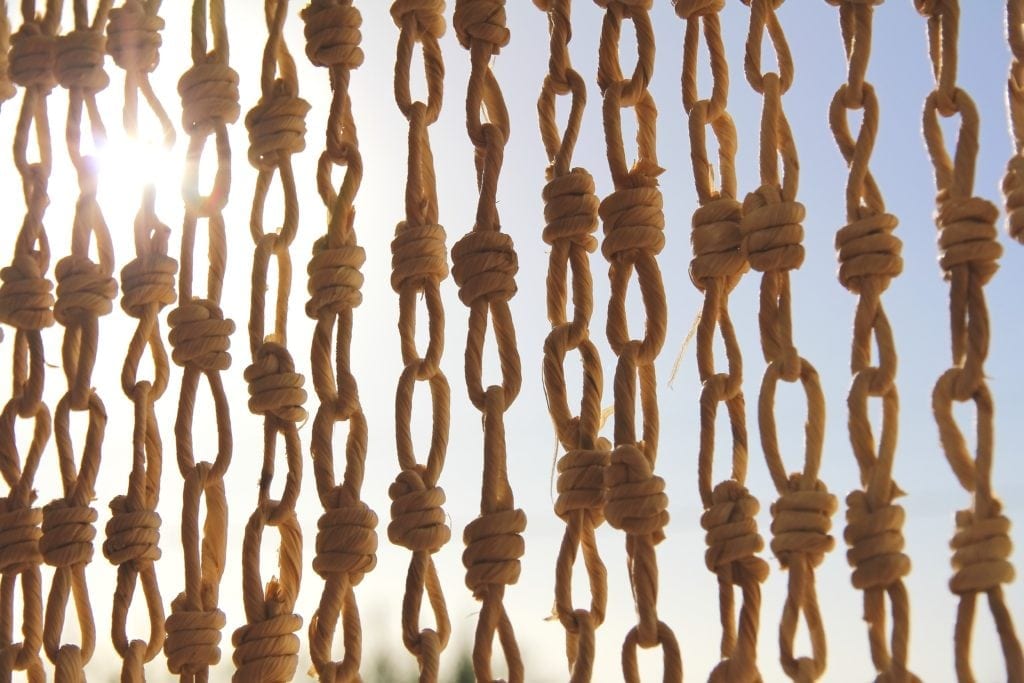 When muscle and fascial tissues are tight and in pain, the biochemical environment within soft tissues changes. By-products of cellular metabolism, including several proinflammatory factors, accumulate in the muscle tissue and agitate the neural receptors.

The agitated receptors send SOS signals to the central nervous system trying to inform the brain that you have to do something to resolve all this tightness and pain. You tend to ignore and suppress these SOS signals, thus allowing these signals to chronically bombard the brain and overstimulate the nervous system, putting it into a state of hyper-arousal [9-12]. 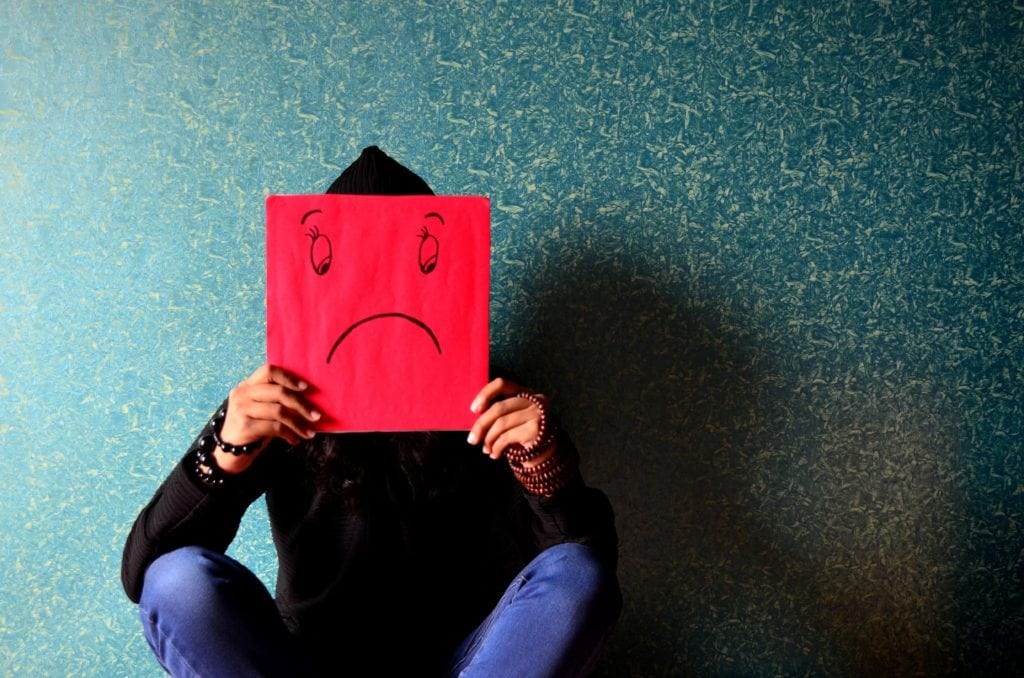 Many of us are positive on the outside, but on the inside, many people are very judgmental. And the first person we judge is ourself! High levels of self-judgment, self-flagellation, and self-reproach may push the neuroendocrine system to produce more pro-inflammatory cytokines and cortisol, which interfere with falling asleep and good quality sleep [13-14]. 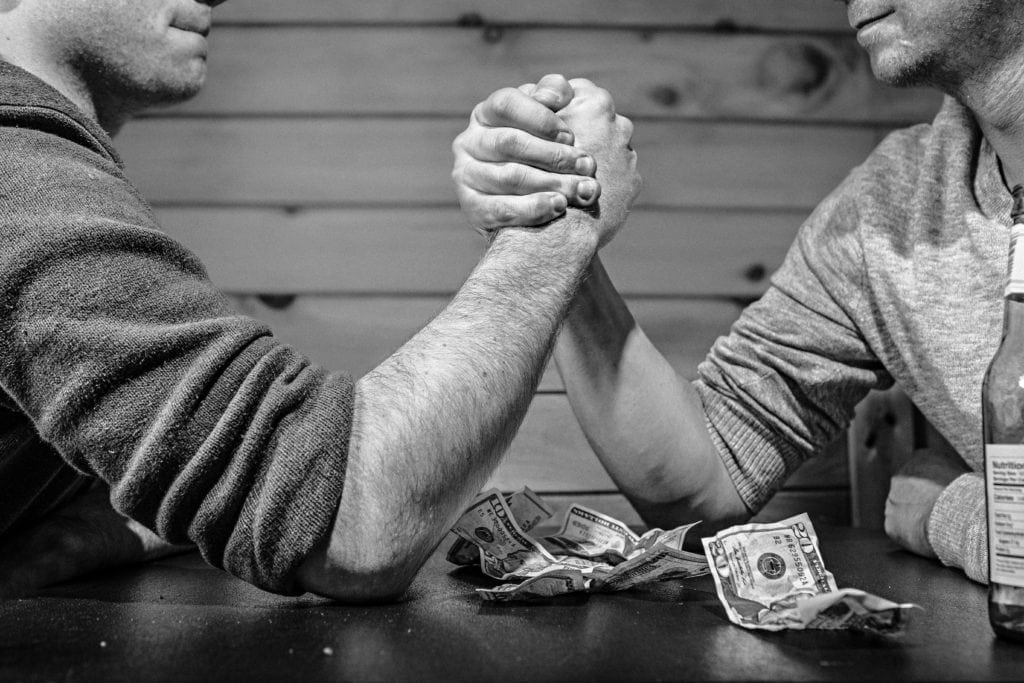 Very few of us learn conflict resolution skills. Conflicts and misunderstandings in the family and at work are familiar parts of our lives. Conflicts carry with them an opportunity to create better mutual understanding and more effective communication, but this happens only when you and those in your social environment have highly developed conflict resolution skills.

Unfortunately, most of us lack the know-how to effectively handle conflicts. As a result, stress and anxiety evoked by conflict get stuck within us, increasing cortisol levels and shifting the nervous system into a state of hyper-arousal [15].

Lack of positive relationships, lack of a sense of being integrated into a community. 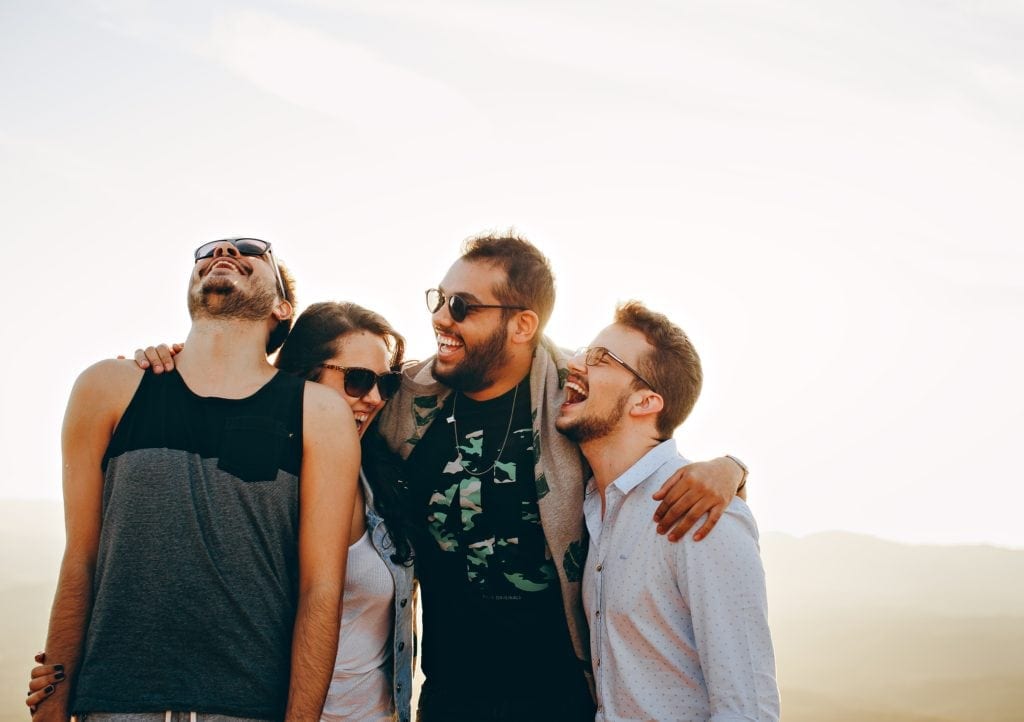 We are social human beings. Having supportive and warm relationships with friends and family is essential for feeling safe and confident, and having robust physical health. Lack of warm and authentic relationships overburdens the neuroendocrine system, as one lacks a sense of safety and has to be always on high alert [16-20]. 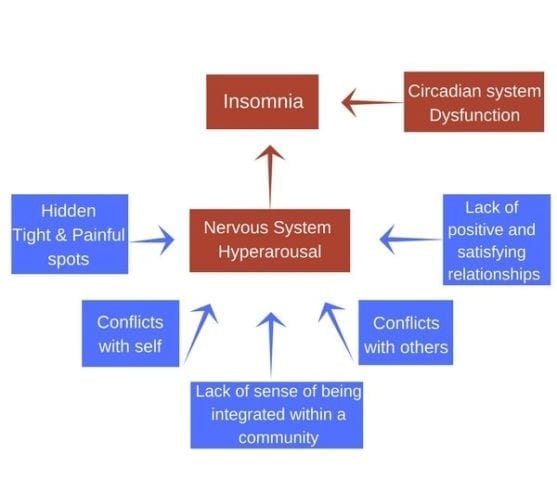 Does Dr. Gold work with these factors? No! He only prescribes pills.
If Dr.Gold painstakingly investigated Tom’s entire body, he would have probably found many hidden painful spots. But this process would have taken a long time, and Dr.Gold had only 15 minutes for Tom!

Physicians never learn in medical school how to detect hidden painful spots on a patient’s body. The complexity of these spots is that the patient himself most likely lacks any awareness of them. And if the physician asks the patient, “Do you have pain?”,the patient would say No!

Would Dr. Gold explore his patient’s social life? Does Tom have nurturing relationships? Does he still carry shame over something he has done in the past? Does Tom experience conflicts at work or home? A typical physician has no time for this! In the best case scenario, Dr.Gold can refer Tom to a psychiatrist or a psychotherapist. 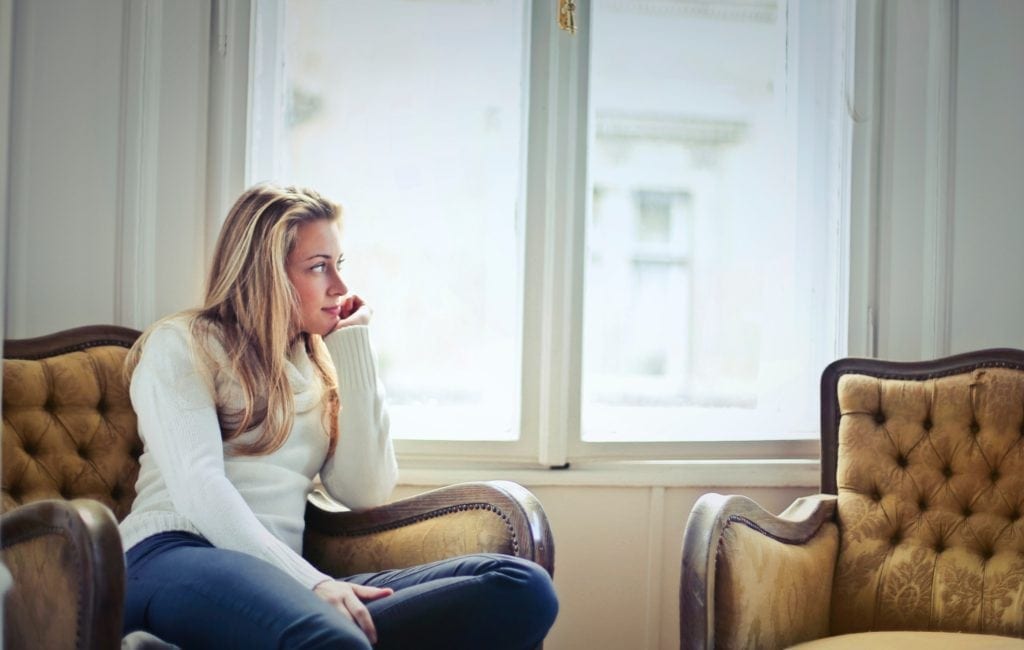 A psychiatrist would spend more time with Tom, roughly 45-50 minutes, and may once again prescribe, for example, an anti-anxiety medication to help Tom with post-conflict anxiety. But the drug would cover up the symptoms without addressing the core issue!

The reason Tom experiences insomnia is simple. Tom’s entire nervous, endocrine, and immune systems, along with many psychological functions, are out of balance see more here: How to Regulate NeuroEndocrine System With Your Intention * 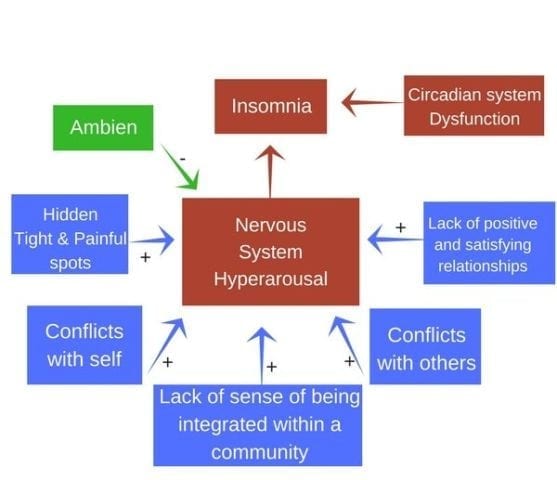 How does this affect the entire organism? Well, nothing in Tom’s life has changed, he still has conflicts, he still lacks affectionate relationships, and he still blames himself for some events in the past. All these factors maintain a state of hyperarousal. In reality, it is not just the nervous system, it is his entire body – lack of energy, slouched posture, suboptimal breathing pattern, critical and judgmental attitude towards himself, and skeptical attitude towards others.

But, now he has his pills! 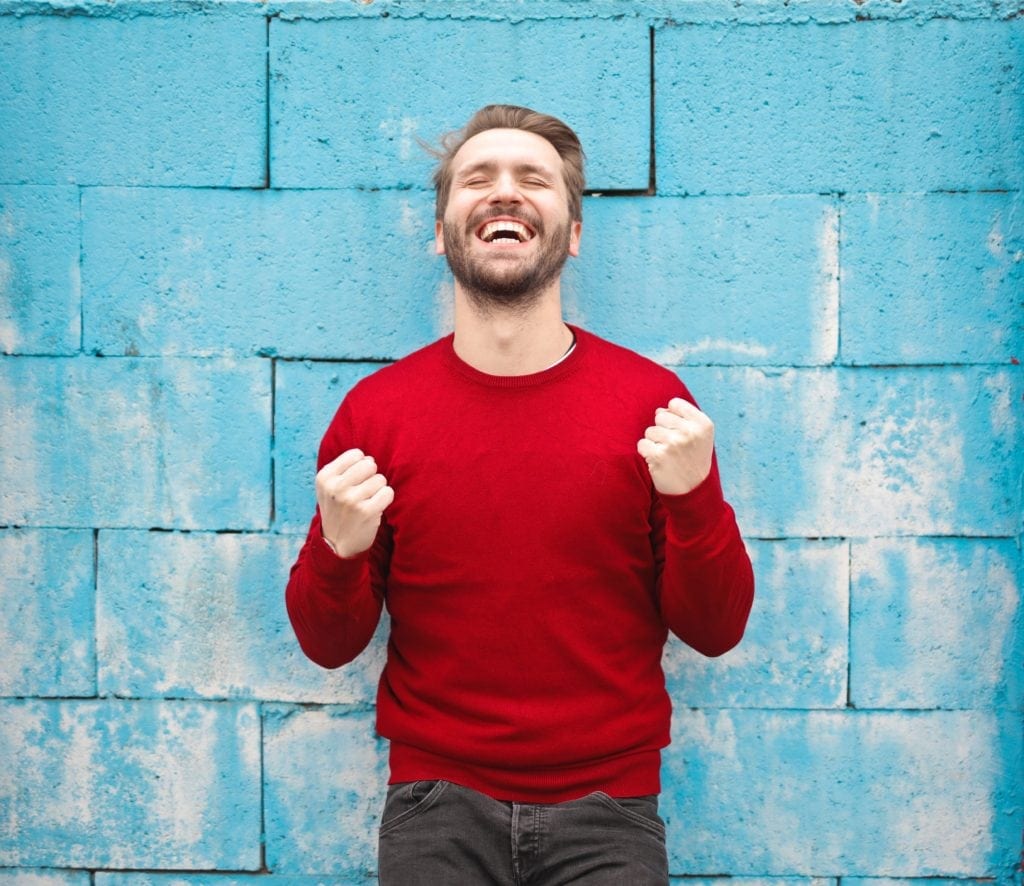 Tom has many conflicts in his life, and sleeping pills just introduce another internal conflict. Even if he has no conflict resolution skills, Tom needs his sympathetic system to help him stand his ground and express his anger when appropriate. But this becomes hard because the pills are working to depress his entire nervous system. The last thing Tom needs is another internal conflict!

There is a tremendous need for modern clinical medicine to start considering the human body as one whole.

In soma system®, we work with all the factors in parallel. We use non-pharmaceutical methods to find the tiniest hidden painful and tight spots in a client’s body and then heal them. Within a couple of sessions, clients start feeling a sense of deep safety within their own body, relaxing the nervous system and improving sleep quality.

After the first soma system® session, most people are shocked.”How could I have lived in a body housing so much pain and tension without even suspecting I was carrying so much suffering inside?” Over 90% of patients have substantial improvements in sleep after 2-3 sessions. 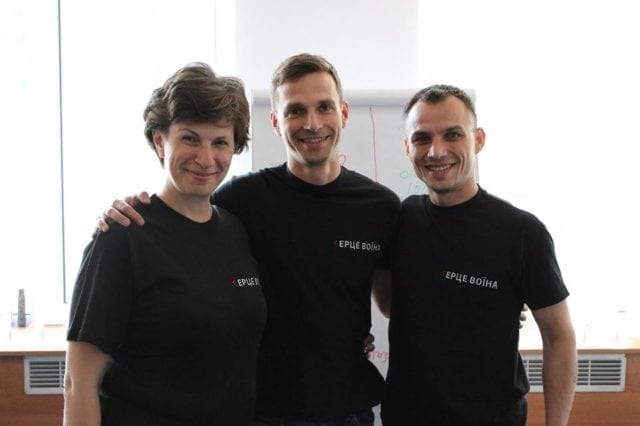 And we do not stop here. In soma system®, we recognize that insomnia is just a symptom, a manifestation of deeper problems. These broader problems revolve around unbalanced psychological, emotional, physical, and social skills. When these skills function well, they create a buffer that protects one from acquiring the disease. When at least one of these skills is malfunctioning, the shield is no longer as strong, and diseases start seeping through it.

This is why soma system® therapy focuses on actively building up the buffer by working on many fundamental skills, such as:

Resolving conflicts with oneself;

Starting to feel a sense of being an important member of a community.

[1] Levinson, D. R., and General, I. (2017). Overprescribed: the human and taxpayers’ costs of antipsychotics in nursing homes. Department of Health & Human Services.

[5] Arbon, I. E. L., Knurowska, M., and Dijk, D. J., “Randomised clinical trial of the effects of prolonged-release melatonin, temazepam and zolpidem on slow-wave activity during sleep in healthy people,” Journal of Psychopharmacology 29, no. 7 (2015): 764–76.

[6] Huedo-Medina, T. B., Kirsch, I., Middlemass, J., Klonizakis, M., and Siriwardena, A. N. (2012). The effectiveness of non-benzodiazepine hypnotics in treatment of adult insomnia: meta-analysis of data submitted to the Food and Drug Administration. BMJ, 345, e8343.

[15] Powers, S. I., Pietromonaco, P. R., Gunlicks, M., and Sayer, A. (2006). Dating couples’ attachment styles and patterns of cortisol reactivity and recovery in response to a relationship conflict. Journal of Personality and Social Psychology, 90(4), 613.