If you can communicate to needs you can resolve conflicts 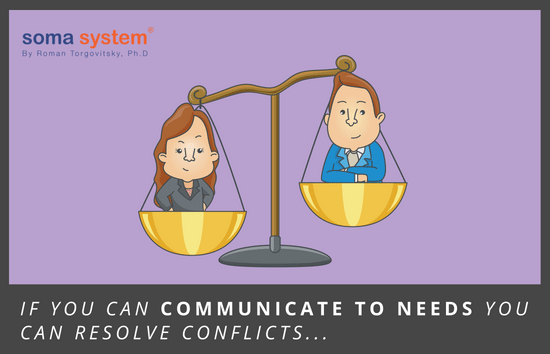 What can we learn from terminally ill people who know they are dying? What do these people regret? Knowing their regrets, is there anything we can do to live a more fulfilling life? What can we do to live a life free of regrets?

Bronnie Ware spent several years sitting by the bedside of the dying people. Based on this experience, she wrote a blog and a book. In her writings, Ware identified the five most common regrets she encountered.

I became interested in what we can do in the present to have more a fulfilling life. What can we do to prevent having regrets at the end of life? The result is this series of four articles.*

This is the second articles in the series and focuses on the second regret: “I wish I’d had the courage to express my feelings!” You can read the first article on the first regret, “I wish I were happier.” *

According to Bronnie Ware:

Many people suppressed their feelings in order to keep peace with others. As a result, they settled for a mediocre existence and never became who they were truly capable of becoming. Many developed illnesses relating to the bitterness and resentment they carried as a result. We cannot control the reactions of others. However, although people may initially react when you change the way you are by speaking honestly, in the end, it raises the relationship to a whole new and healthier level. Either that or it releases the unhealthy relationship from your life. Either way, you win.

Here Ware touches on a topic that deeply affects all of our lives. Conflicts! They destroy friendships. They break apart lovers. They make children grow up in one parent households. 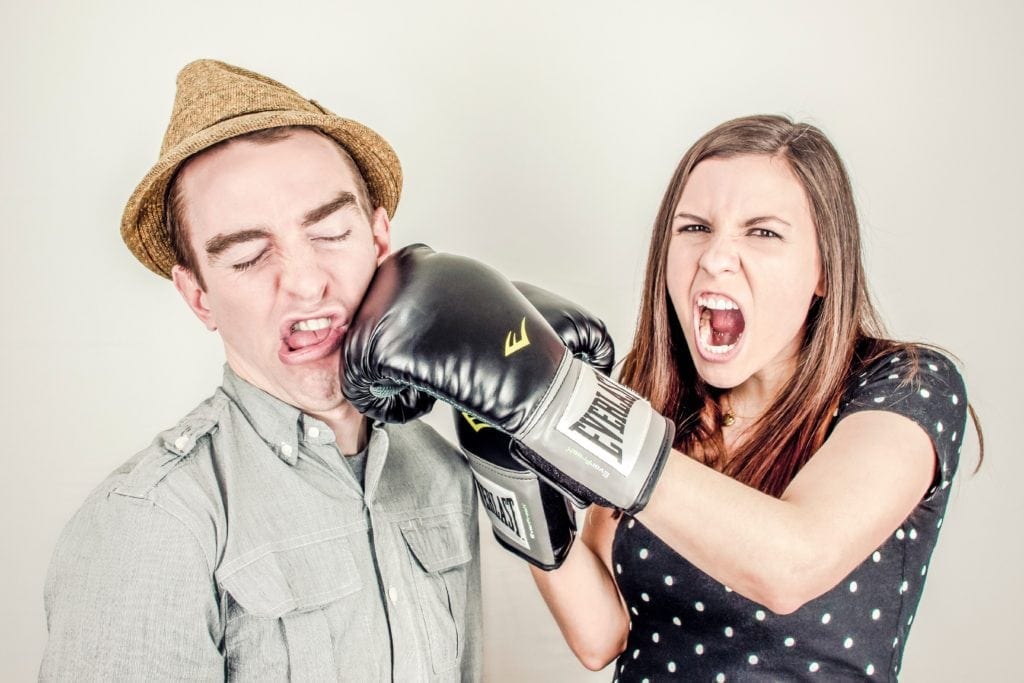 According to Ware, and using our proverbial Tom from the first article, he has two options when engaged in a conflict situation:

If life was so simple! The trick is in the details.

– How can you effectively express your feelings?

– How do you know if a relationship is unhealthy?

What if Tom has been bottling up his feelings for years and then he decides, “That’s it, I’m sick and tired! I am just going, to be honest and I am going to start expressing myself. And if my wife can’t take it, then it means the relationship is unhealthy and I will be better off without her!” So, he screams at her at the top of his lungs, he screams about how tired he has been of her controlling his life, how he cannot do anything he likes, how he is sick and tired of their relationship!

Is this the way to go? No, it is not. This way of expressing yourself does not lead to growth. There is a wiser option. Nobody teaches us how to resolve conflicts without, on the one hand, abusing the other, and, on the other, without suppressing our own emotions.

Let’s say that Tom has a conflict with his wife Jane. Tom and Jane had a conversation about household chores and they agreed that Tom would be taking the garbage out. He keeps forgetting to take the garbage out, thus failing to keep his part of the agreement. This makes Jane angry, she starts reminding and scolding Tom. Now Tom gets aggravated because he doesn’t like being scolded and controlled like a little boy.

Both Tom and Jane do something that irritates the other. The Tom-Jane system starts functioning as a positive feedback system. This means that the more Jane is irritated, the more she behaves in a way that aggravates Tom even more. The more Tom is aggravated, the more he acts in a way that aggravates Jane even more. Systems with positive feedback control are not stable, they ultimately explode.

To stabilize the system, there needs to be at least one negative feedback. Each couple develops certain strategies. One common strategy is suppression of actions and feelings. 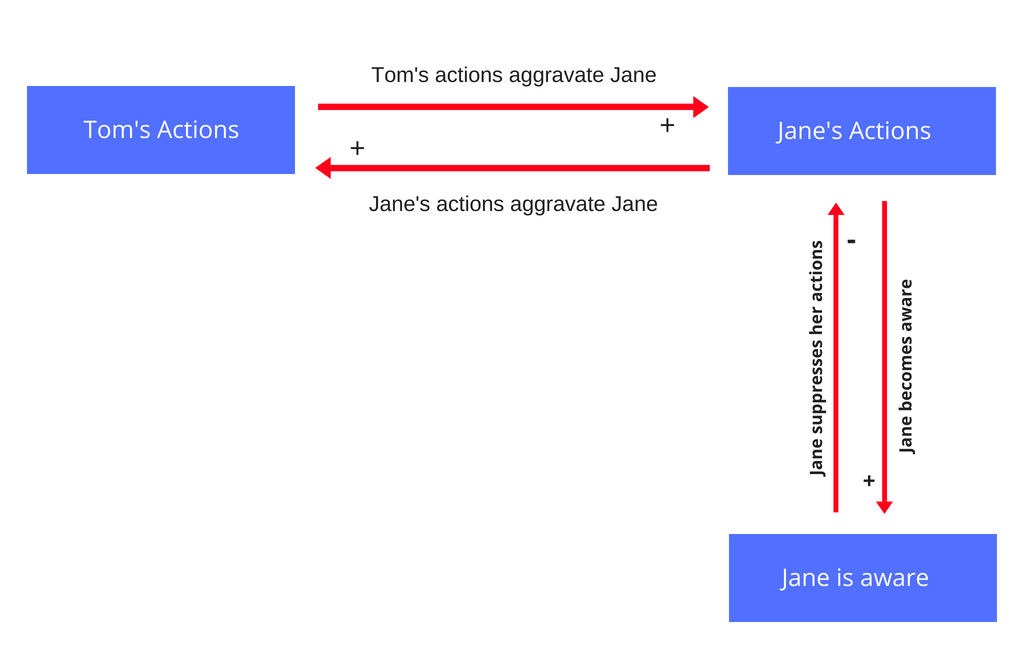 At some point, Jane becomes aware that she and Tom are throwing accusations at each other, and unless somebody does something, the conflict is going to explode. Thanks to that awareness, Jane decides to stop expressing her accusations, she suppresses her impulses to scream at Tom, and she suppresses her anger and disappointment.

This suppression leads to ego fragmentation. If you recall our model of total well-being, ego integration is one of the factors of eudaemonic well-being.* When at least one partner’s ego integrity is out of balance, this imbalance immediately spreads into the entire Tom-Jane system.

As we discuss later, the expansion of ego integrity imbalance to the entire system is how the system creates an opportunity for self-correction and growth! Notice that the conflict started on the behavioral level (Tom did not take out the garbage), it developed to involve mutual accusations and, ultimately, behavioral and emotional suppression as a means of stopping the conflict.

This way of resolving conflicts leads to gradual alienation and further emotional suppression, with accompanying detrimental changes in the nervous, endocrine, and immune systems in both partners and, ultimately, end of life regrets. There is always an opportunity to transform the conflict from being a process of alienation and suppression into a process of emotional liberation leading to making the relationship closer and deeper.

Nobody teaches us how to resolve conflicts without, on the one hand, abusing the other, and, on the other, without suppressing our own emotions.

Below, I will rely on the theory of non-violent communication developed by prominent American psychologist, mediator, and peacemaker Marshall Rosenberg [1]. I highly recommend reading his books.

Each conflict carries an important message. The message is usually very simple and very deep:

The process of authentic reconciliation starts with becoming aware of one’s needs:

Once each partner is aware of their own needs, they can attempt to communicate these needs without accusations and judgments to their partner.

For example, Jane may have a need to feel that Tom cares and loves her. When he promises and then fails to deliver, she might be interpreting this as lack of caring. Alternatively, she might simply get irritated because failing to deliver on a promise always jeopardizes a relationship. Tom, in turn, may need to have a feeling of freedom. When Jane asks him to take out the garbage, he feels he is back in his childhood when his over-controlling mother was commanding his life.

When both partners are open to communicating their needs to each other, the communication dynamic shifts from feeling like you are a victim and blaming your partner, to informing your partner about your deep emotional and spiritual needs. Once Tom learns that his failure to take out the garbage evokes in Jane the feeling that he neither cares not loves her, he can start thinking how he can change to create an atmosphere of love and care around Jane.

This brings Tom closer to his idiosyncrasy. He feels fear of being controlled. Most of us accumulate idiosyncrasies in childhood. One of the beauties of adult romantic relationship is that it starts bringing up various issues from childhood and allows both partners to support each other in working through these problems to become more whole individuals [2].

When each partner becomes more whole, each partner benefits as they develop a more authentic and deep relationship. By no means is this an easy process. This process of mutual and parallel growth is rather different from the more traditional approach many couples choose. This latter approach entails ignoring other’s idiosyncrasies and just learning to live with them and “accepting” them. 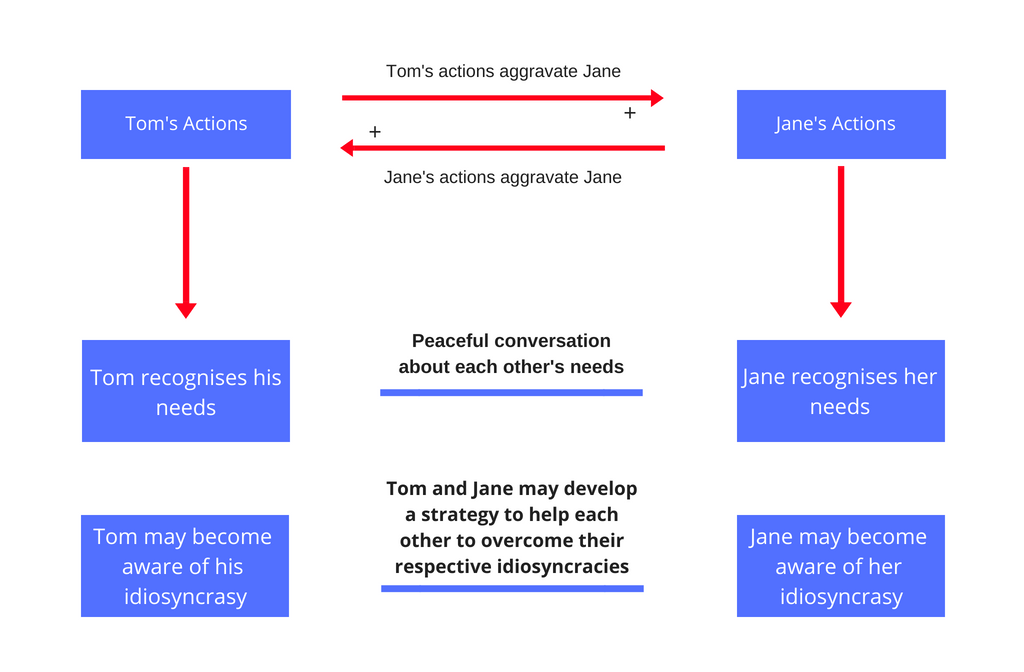 Let’s go back to the first essential step in this process: becoming aware of one’s own needs.

When the conversation moves from judgments to the discussion about needs, and if both partners are sufficiently aware, mature, and are committed to growth, they can grow closer emotionally without suppressing oneself or their partner. This raises a question: How do you become aware of your needs? This is rather tricky. And this is where soma system® contributes to Marshall Rozenberg’s system of non-violent communication. 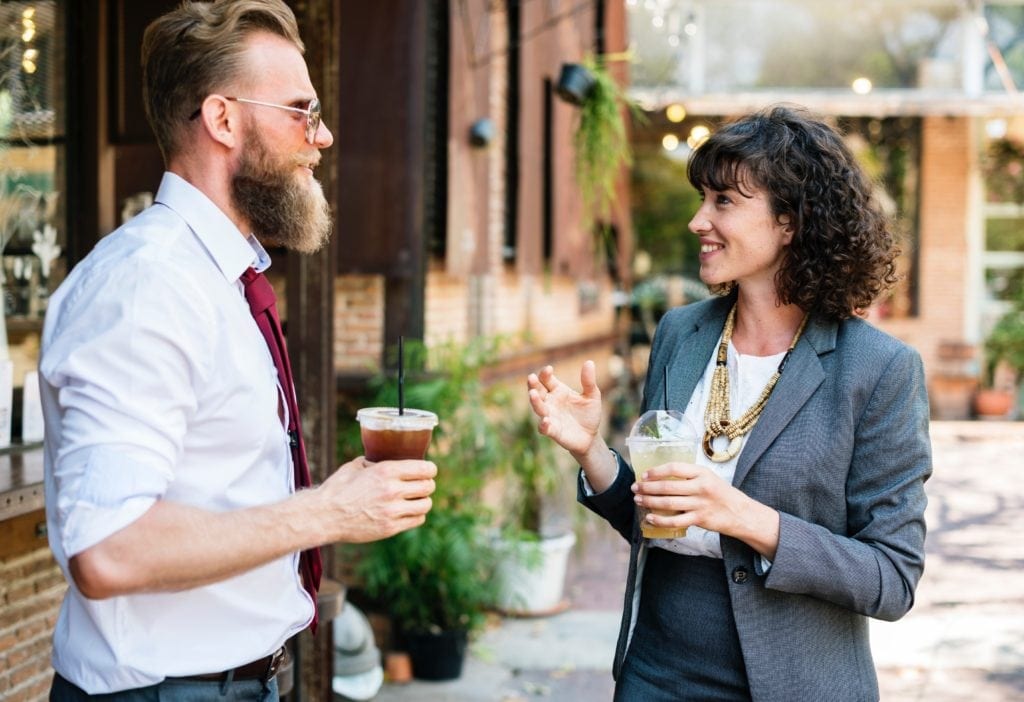 Imagine you have been suppressing your foundational needs for decades. You have been ignoring body pain and swallowing painkillers to cover up the pain. You have not been getting enough sleep for decades. And you got used to suppressing difficult emotions and feelings. Then I ask you, “Please look inside. What is your need?” Is it realistic to expect that a person who has been suppressing inner body sensations would be able to discover their authentic needs? No!

Before attempting conflict resolution or mediation with an external entity such as another person or organization, we need to connect in a very grounded and physical way with ourselves by learning to be aware of our inner body sensations. 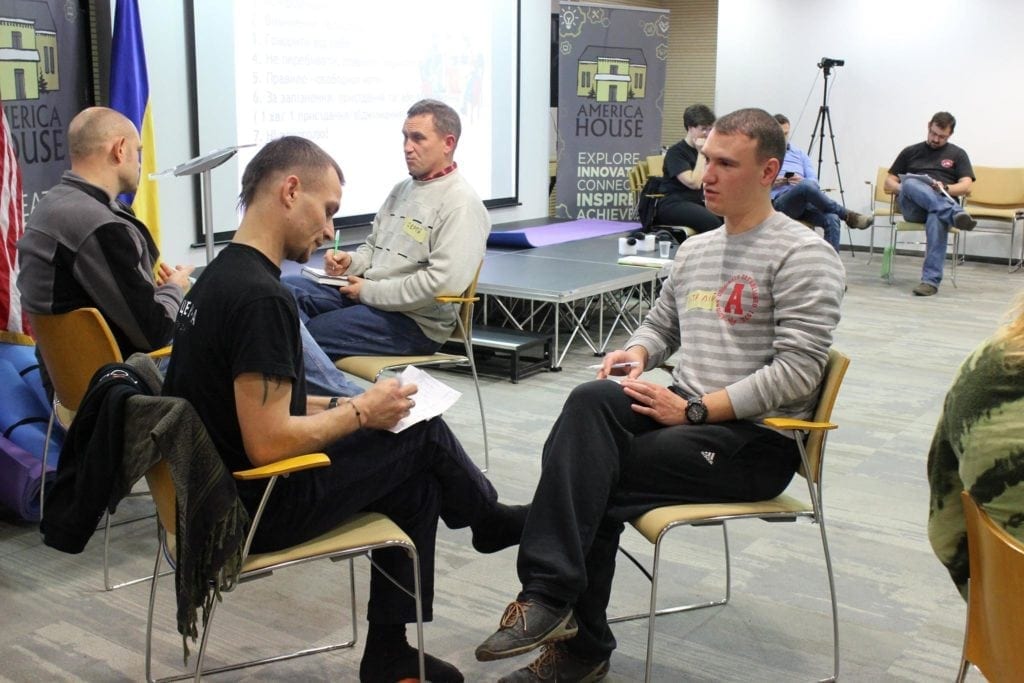 Reality is always much more complicated than theory. And this theory has many vitally important subtleties that I have not presented in this short article. To illustrate, both Tom and Jane might have successfully become aware of their true needs. You would think that now they can effectively communicate these needs to each other. But this is just not true! In reality, many of us have grown so accustomed to judging each other that communicating our needs in a non-judgemental way takes effort and training. Moreover, even non-judgemental communication about each other’s needs will be fruitful only if both partners trust each other!

In reality, due to previous life experiences, one of the partners may have a deep-seated mistrust of the other partner, or to people in general. In this case, the communication breaks down and there is a need for a therapist to mediate the conversation.