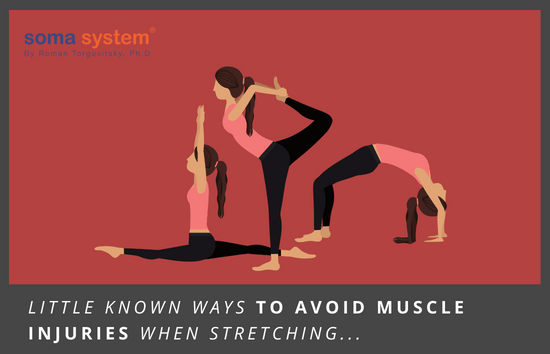 Stretching is an essential part of our life. It can be intentional stretching when the muscles are pulled on to elongate them. Or it can be an automatic and unconscious stretching, like when we wake up or stand up after prolonged sitting. Runners stretch before hitting the distance, ballet dancers stretch before relever or plie, yogis stretch because every asana demands some level of flexibility, and office workers stretch to relax the tension in their muscles.

You stretch to acquire flexibility and improve your range of motion. We tend to believe that stretching eliminates the possibility of injury. We stretch to decrease muscle soreness or to prevent it after exhausting exercises. We think only about the benefits of stretching. What we don’t know, or tend to disregard, are the side effects of stretching.

We overrate its advantages and bestow stretching with significant benefits. 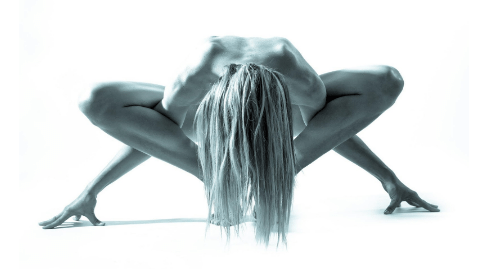 In this article we’ll focus on one kind of stretching,- Static Stretching (SS) during which you hold your muscles without movement for a certain amount of time – usually from 30 to 60 seconds – until you feel the relief of tension. We do SS to become more flexible, to prevent injury, to relieve pain, decrease soreness in muscles, and to warm up our bodies.

But can SS really help? If Yes, at what cost?

How Stretching Works! A little bit of anatomy…

“A spinal reflex involving reflex contraction of a muscle in response to stretching [1].”

What happens when you stretch longer than 30 seconds:

“The straining muscle becomes less responsive and stays weakened for up to 30 minutes after stretching, which is not how an athlete wants to begin a workout.[3]” 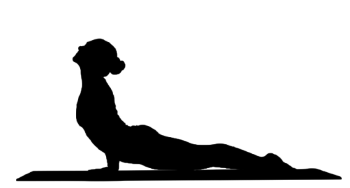 To begin with, SS is a controversial topic to discuss and scientists still don’t have a clear answer to the potential benefits and threats of SS. However, the research clearly shows that: 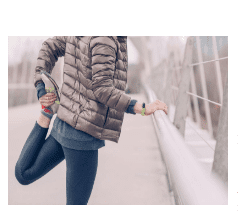 Research conducted by scientists, the University of Northampton, showed that stretching for 30-45 seconds produced no significant effect on muscle productivity during exercises [4]. In addition, they showed that SS can reduce muscle strength and physical performance. 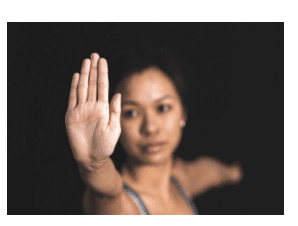 During a workout, the muscle lengthens and contracts under tension and tissues are damaged, resulting in micro tears. These micro tears can heal within 48 hours, but if you continue pulling on muscles, the injury will become more severe. The nagging pain you have after the workout is called Delayed Onset Muscle Syndrome, or DOMS. It is commonly believed that SS can reduce DOMS; however, the research shows the opposite. 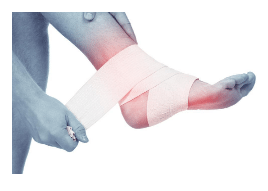 There is a popular myth that “longer” muscles are less likely to get strained. By stretching before physical activity, the idea goes, you increase your range of motion, become more flexible, and are less likely to be injured. However, studies don’t confirm this popular opinion.

SS can lead to hypermobility – excessively mobile and unstable joints. When you push over your body’s normal range of motion, your muscles are not stretching, but, rather, it is your ligaments getting into the process. Ligaments attach bones to bones, and when they are overstretched the bones become hypermobile and lack stability.

Loose muscles and ligaments cause more friction between bones and can lead to wear and tear of the joints. Once ligaments go lax, they never go back to their original length [11]! Stiffness can increase because ligaments become extremely loose and fail to work efficiently. Muscles are forced to take on the responsibility, carry more weight, and become overstrained.

In addition, overstraining muscles causes micro-injuries, which can lead to muscle and ligaments tears.  Small tears in the connective tissues can lead to flexibility combined with extreme stiffness. This is a common problem for yoga practitioners.

“If you want to untie a knot, you must look at the cord carefully then gently undo the tangle. Yanking on the cord will only make the knot tighter [12]”.  Thomas Hanna 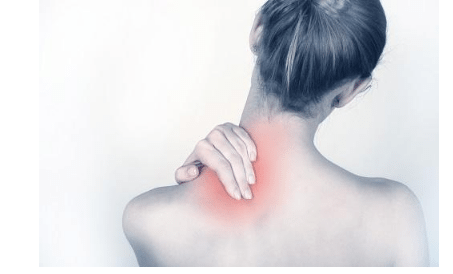 Stiffness is a sensation and is a particular state of soft tissues; it is not the same as being inflexible or having a limited range of motion. This unpleasant feeling is a reaction to:

Imbalanced Posture is a major culprit of muscle pain. If you are sitting in a slouched position with your head shifted forward in front of the computer for 8 hours a day, 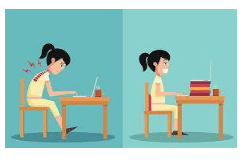 this position becomes a natural habit for the body. When you move, your shoulders stay slouched, and your head moves forward.

This increases tension in your neck muscles, which support your head. Muscle tightness running through the neck to the upper back leads to painful spots in your tissues – muscles knots.

Having improper posture means that some of your muscles are over lengthened and weakened, while others are kept tense to keep your balance. Consequently, when you stretch muscles that are tight to make you stable, you’re causing more problems for your body. 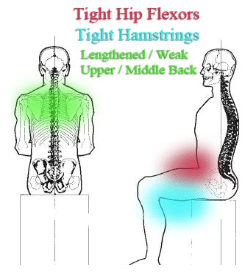 Imbalanced posture can also cause pain in your legs, caused by the lack of stability in the core. This is very common for people who have tight hamstrings. SS isn’t a Solution! Muscles are kept tensed and short by the brain and sensory-motor system. If elongation is the desired result, then SS cannot help because the effect of pulling on muscles doesn’t reach the brain.

Despite the fact that Stretching is an essential part of our life, we shouldn’t overrate its benefits! We all have an innate desire to stretch, to extend our bodies, to feel the pleasure of being more flexible. But the cost of more flexibility and increased range of motion will be paid by your connective tissues, which will become unhealthily flexible and tense.

Finally, SS isn’t the best way to warm up your body before exercising, to prevent Delayed Onset Muscle Syndrome – DOMS or to prevent injury. It doesn’t relieve pain and release tension but can, on the contrary, cause more pain and more stiffness.

[9] Shrier I. Stretching before exercise does not reduce the risk of local muscle injury: a critical review of the clinical and basic science literature. Clin J Sports Med. 1999 Oct;9(4):221-7.